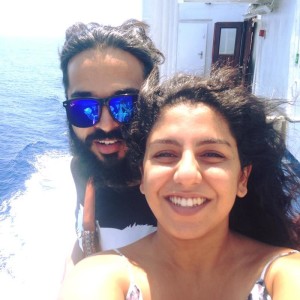 As much as you know about how an orientalist called Ahmad Al Shugairi becomes when he compares different nations, taking all of his observations out of their contexts and using, as subjects of comparison, shallow observations with small or no search about the discourse in which they happen within, just like him you can always be fooled into becoming an orientalist.

As soon as I landed in Italy I started convincing myself that I have enough knowledge and research skills to learn about the culture, but as soon as I stepped out of the plane I started making the same mistakes. I developed stereotypes, prejudices blinded me, I sugar-coated and romanticized what I liked, and kept myself away by prejudice from things that I would have loved.

The key for solving this problem is simple: acknowledge the problem, be empathetic, ask and question, listen carefully, search, learn then repeat the whole circle. Being afraid of making mistakes will get you into more mistakes, and a false information or a false observation will create stereotypes. It’s really simple as long as you start practicing it.

When I first came to Palermo I found myself trying to be the Mr. Know-It-All, trying to impress myself with my knowledge of the new culture, but later I realized I was fooled by myself and became the Ahmad Al Shugairi of my trip to Italy. The way to get out of it was to embrace the little hidden tourist inside of me, accepting the lack of knowledge and experience and listening to others, experiencing their same journey in a tourist’s shoes; who am I to fool? I had only 3 months and limited resources, I could not really learn everything. And so, I had to make a good use of it. 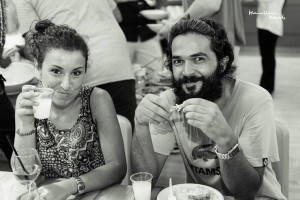 I tried many types of food with almost no limits, lost my MasterCard and went through the process to get a new one, went out with friends all night till the sun rises up and then went to the flee market, got burned by the sun on the beach and almost broke my leg on the rocks, got eaten alive by mosquitoes in Baida, got lost twice in the city for a short time because I have GPS which ruined the experience of getting lost for everyone, I travelled and slept for 12 hours in the airport, I got sick and went to the doctor, missed out on many things I could have done or seen in my home country, felt nostalgic to the point where I cried, missed people, said goodbye to many people and cried again, I got caught in the routine of life and work, got bored and did so many other things like a tourist and owned the title. 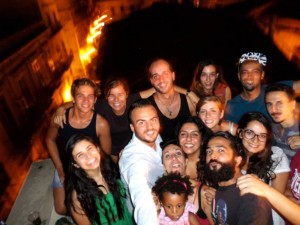 But every time I look back to the experience I had between these little events, I see hundreds of conversations in between where I leaned about the different cultures, and more experiments by which I learned about myself, and more yet to come. And even if I’m no more in Palermo, I shall not stop being the foolish tourist, because that was the best and the most entertaining experience I’ve ever had.