Follow the link and see if you are eligible to apply for a job opportunity as a communications manager in Egypt by March 20, 2015.

We invite you to view the unique photo gallery entitled:  | What would the shoot say if it was soundless? photographed by one of our talented CaBuReRa Portuguese participants Ms. Sara Ramos, who took the photos in Lebanon. Please join us in the inter-cultural event which will take place in Moltivolti, on Friday, February, 20, 2015 at 6:30pm.

Get the chance to interact with people from Lebanon, Jordan and Palestine, and learn more about Arabic music, poetry, culture, traditional dance and food.

| What would the shoot say if it was soundless? |

“Similarities between me and the reality. Between him and her. Between countries. Similarities exposed in the moment of the shooting. Lebanon in frames. The way I see it in frames.” by photograher: Ms. Sara Ramos. 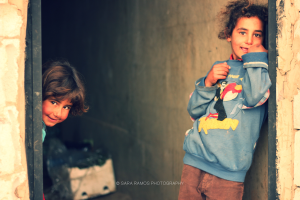 “I remember that I always had a particular way of seeing the world, as my mother use to say; to pay close attention to detail and feeling things in an intense way. I’ve always worked with and for people in psychological and social areas, and it’s something that I will continue to do in my life. But photography is something that has taught me to live the moments – to capture the moment with all that it implies – light, senses, colors, feelings! I really think that the secret is in how we live the moments, and that’s one of my way to live. With my first pay-check I bought a camera and I began to explore the world in another way. I’ve been very encouraged by my friends who even offered me my first photography course! I don’t leave home without my camera, I’ll never know when that moment will come! I just know that this little window helps me to express what I have inside. Light Catcher as a friend calls me. I think I can accept that vision of me.”

Sara Ramos (10.27.83), born and lived in Olhão, Portugal, but recently changed all her life to live abroad.

Under the title “Stating the importance of dialogue in Euro-Mediterranean area”, and as part of the CaBuReRa project, a press conference will be held at Moltivolti, on Friday, February 20, 2015, at 10:30 a.m.

On the same day of the press conference,  and in celebration of the Euro-Mediterranean dialogue,  you are invited to join our inter-cultural event entitled:  ‘We Have On This Earth What Makes Life Worth Living’ which will also take place in Moltivolti, on Friday, February, 20, 2015 at 6:30pm.

Get the chance to interact with our CaBuReRa participants from Lebanon, Jordan and Palestine, and learn more about Arabic music, poetry, culture, traditional dance and food.

The event will be also an occasion to present  “What would the shoot say if it was soundless”, a photo gallery by Ms. Sara Ramos, who is spending her CaBuReRa mobility period in Lebanon.

“Similarities between me and the reality. Between him and her. Between countries. Similarities exposed in the moment of the shooting. Lebanon in frames. The way I see it in frames.” by photographer: Ms. Sara Ramos.

As part of the ENPI programme, CaBuReRa – CAPACITY BUILDING RELAY RACE project aims at strengthening the cooperation amongst European and Mediterranean Countries.

Having 1,680,000 € budget, funded for the 90% by the European Union, CaBuReRa project promotes training, exchange and networking actions so as to develop relationships amongst youngsters, public authorities and education actors which should facilitate school-to-work transition and enhance active citizenship and intercultural dialogue by means of mobility experiences.

The project intends to involve in these activities 30 youth workers and 60 unemployed youths from Italy, Greece, Portugal, Jordan, Lebanon and Palestine.

An opportunity to fund your Media project. APPLY NOW.

Projects supported by Ebticar-Media must relate to actions aimed at enhancing the editorial, technical or economic skills of those in the online media in the relevant region.