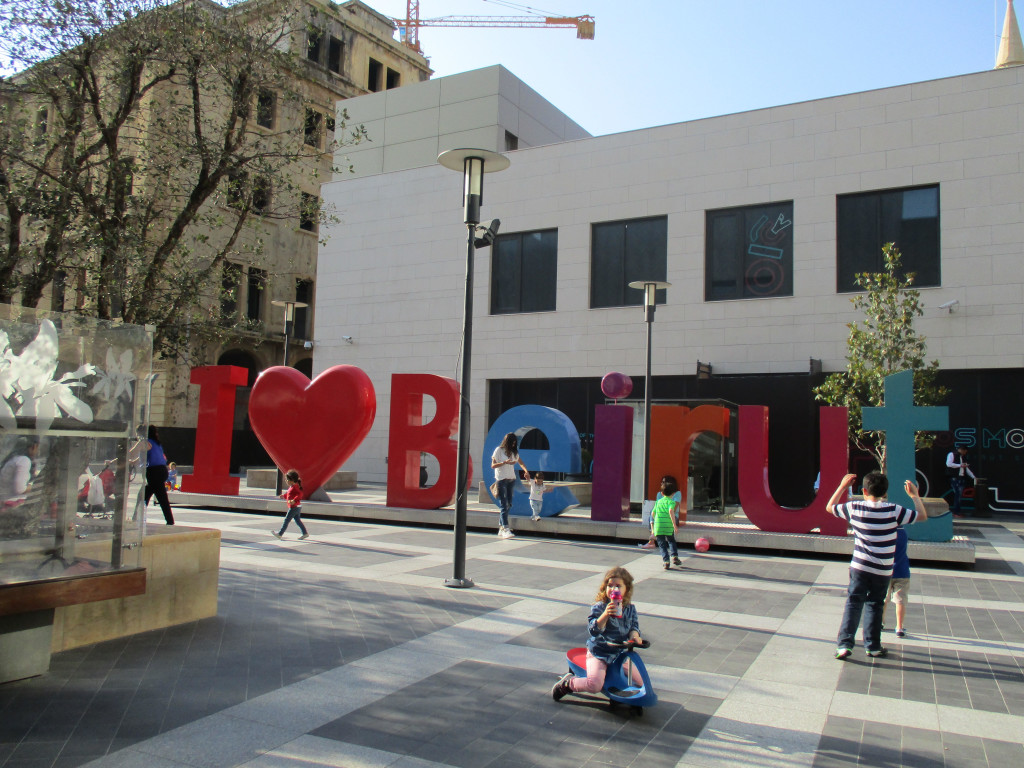 They called it “the Paris of the Middle East”. They keep on dreaming of those days, when tourist flown and banks were flourishing. Nowadays Beirut is a completely different city, it’s growing up without knowing what would be made of its future. New buildings are raising everywhere and advertising on their construction sites show busy businessmen and happy families. Soldiers watch out the streets where the traffic jam melt brand new luxury cars and old fashioned taxis. Traditional mana’ish stores are back to back with western fast food chains.

Beirut is a city carved out of its contradictions. That is its backbone, its whole history. You can either like them or not, and sometimes even its citizens don’t stand them anymore. From time to time hatred blows. When you see people walking by the roads sometimes you find yourself wondering that most likely a good amount of them were actually shooting each other not too much time ago. As somebody told me, “they had to be involved, they had to take a side”. This is especially true referring to the civil war.

While people, understandably, avoid the argument or just recall how the nightlife was still ongoing after sunset, its scars are still visible today. Few iconic buildings, like some hotels, churches or the municipal hall, are left completely tore apart, as modern monuments from a past-not-so-past ago. But bullet’s holes would suddenly appear after each corner in most of the city, immediately unveiling the true range of the conflict.

Beirut is the sum of it’s neighborhoods, not the other way around. Or more likely, it’s exactly this what makes Beirut Beirut. By walking on a straight line you could feel going from a noisy Arab shari’a to a delicate French rue, and then back to the scented Armenian neighborhood and eventually to the luxury Manhattan-like downtown and its skyscrapers. At a certain moment in the evening, walking down by what was used to be known as the Green Line (the former line of demarcation between the Muslim western part of the city and the Christian eastern one), you can clearly hear the melodious voice of the muezzin coming from one side, challenged by the church bells tolling at the other. 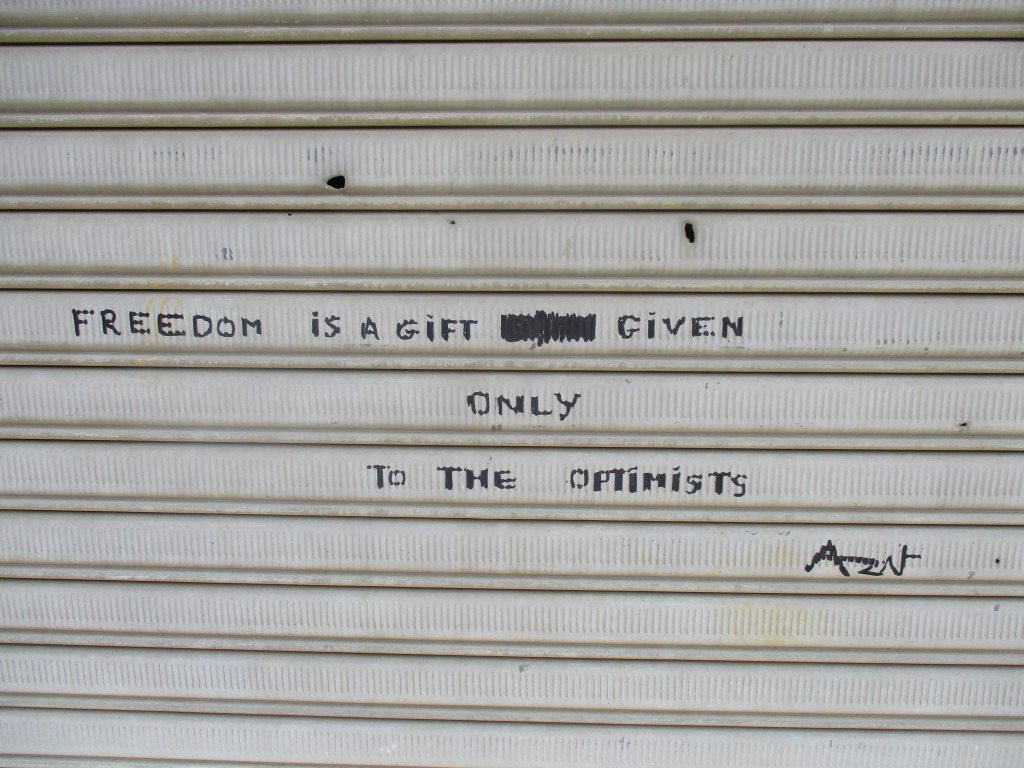 Even its inhabitants seem to suggest a certain amount of chaos guiding the whole city: while everybody might entirely fulfill its needs and, thus, be fitted in this abstract drawing, Beirut itself appears not to belong to anybody. Who could rightly claim to be its core? Would that be the wealthy upper class or the overwhelming not-so-wealthy suburbs’ inhabitants? Are the thousands of expats settled here from generations now, or the newly comer Syrian refugees whose number, after a rough esteem, raise up to a million? Not to mention Bengali and Sudanese that do the humblest jobs. And without mentioning also Palestinians, which are isolated and almost forgotten in the sadly notorious Shatila refugee camp, near the borders of the city.

I could tell about the ridiculous amount of NGOs and international institutions established here, each one with its purpose and values and small field of work. I could tell about the hour-long blackouts that define the time flowing as well as the slow moving of clouds in the sky do. I didn’t say a word about the terrific food (“writing about food is like dancing about architecture” would be my justification). You might feel as if dozen of things are missing and, probably, you will be right. But there is a reason for this: you have to come and unfold Beirut by yourself.

Distrust who claims to know Beirut flawlessly because it’s in the spirit of the city itself not to be understood, not to be the same the moment after, not to be mastered. Are the streets themselves that tell you this story: you’ll see how each of them has its own name, but nobody ever recall what it is. 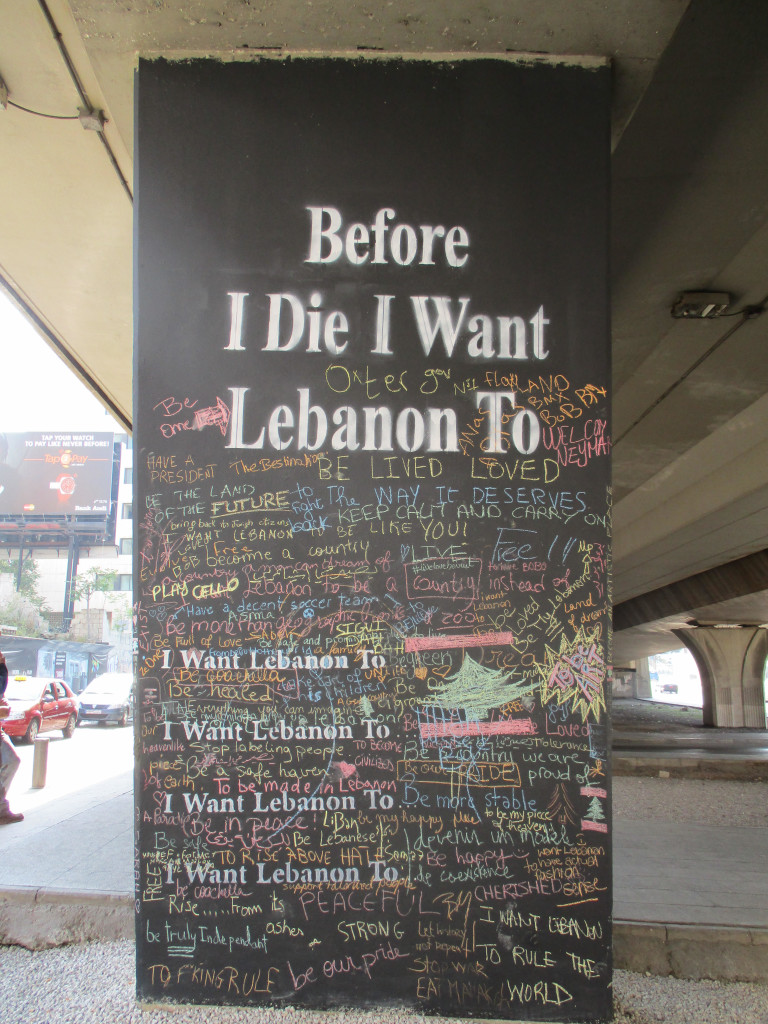