With only a couple of days behind my first trip to Jordan, the memories still linger fresh. Was it yesterday that I was heaving trying to climb the rocky canyon of Petra endeavouring to get the Monastery before the noon sun completely exhausted me or was it last week? When will the desert sand finally get out of my shoes? And finally when will I be able to eat again that delicious Mansaf we all tasted in that isolated Bedouin camp in Wadi Rum? 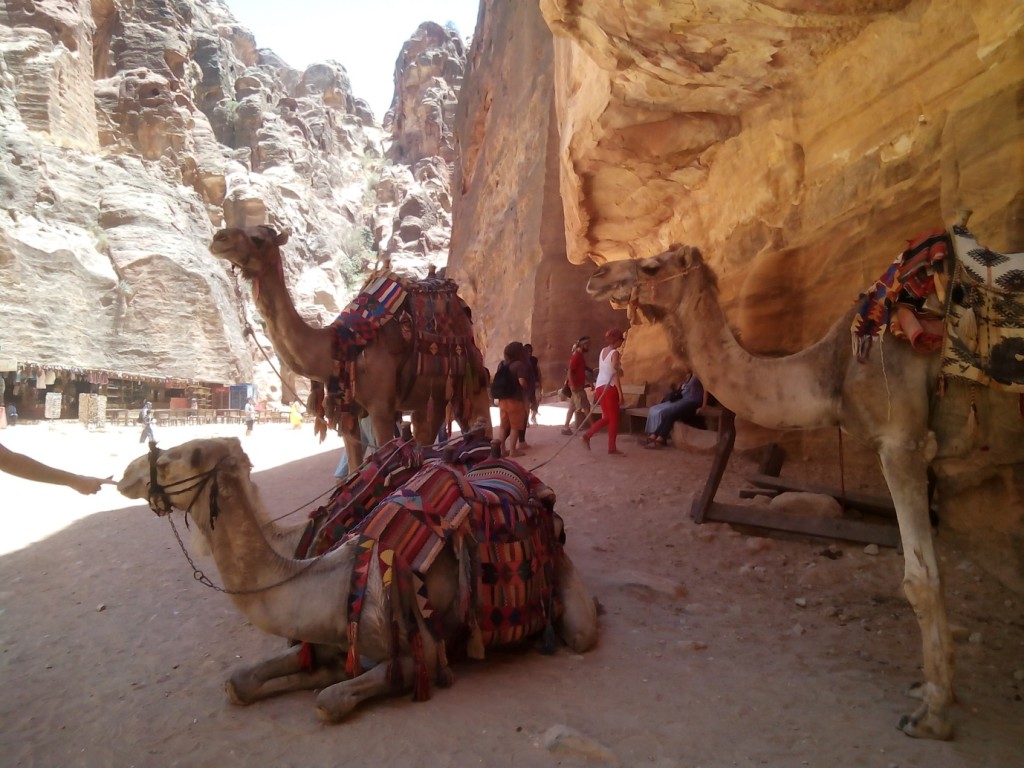 But let’s take it from the top. Leaving behind us the ordeal of passing through the Israeli-Jordanian borders, we were quickly taken aback by the sudden change of scenery. Even though a few dozens of meters separated us from the other side, even the texture of the sand was different. After departing the terminal finally people seemed more relaxed and helpful. The taxi trip to the Dead Sea resort gave us enough time to clear our mind and appreciate the new view. As long as we travelled parallel to the Jordan River banana farms gave their way to pineapple farms, then finally to desert again as we reached the big salty lake. What took us most by surprise was the absolute absence of anything else than hotels and resorts succeeding each other. Not even one residence was near. Even the road itself was named “Hotel Street”. And then the gates of the resort we were supposed to stay appeared before us. A luxurious, albeit segregated, castle stood between the desert and the Dead Sea. For the next 4 days that we spent there for the meeting all outside world seemed so detached, like everything else stopped existing. 5-star hotel services and audacious luxuries can make even the sternest believers of modesty falter, losing their sway to the sirens’ call.

Of course these feelings dissipated as soon as we boarded the bus for the next part of our trip – the actual Jordanian trip. Passing through the countryside instilled in all of us a feeling of faint guilt. All those days we’ve spent comfortably numb in pretentious pampering in a manmade oasis hit us like a brick. This was the real Jordan, a country ravaged by almost constant drought; with most of its population desperately try to save water, while the rich stay locked away in their ivory towers ludicrously spending gallon after gallon simply because they can afford it. Amidst being lost in my thoughts, the driver stumbled upon a most rewarding sight; a tiny cafe with no more than 6 chairs stood defiantly on the very peak. Although, we had been travelling for at least 3 hours through the winding mountain paths, just sitting on those chairs you could clearly see the Dead Sea and if not for the distant sandstorm I bet we would be able all the way to Israel. 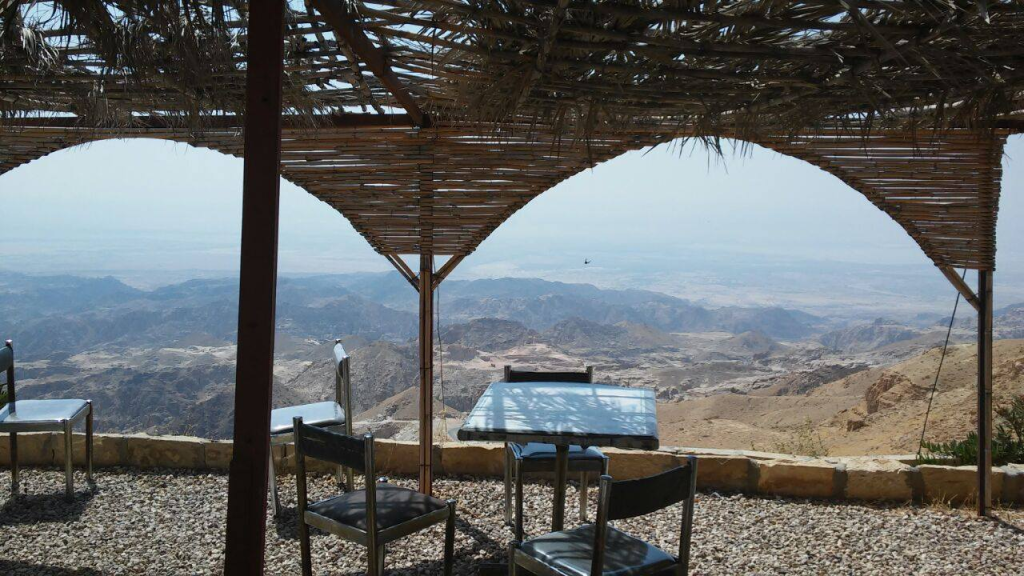 First stop was the mystifying Petra. As soon as we arrived in the hostel late in the evening, everybody was anxious to leave for the canyon. “Petra by night” proved a terrific experience, as much as it was advertised and perhaps even more. Just walking through the narrow lantern-filled path between the cliffs with nothing but the moon lighting your way, could be easily described as bewildering. The eerie and otherworldly silence beckoned us to travel further inside to explore. When we reached the Treasury, another pleasant revealed itself; live tradition music. For the next half an hour all of us were enthralled by the captivating melodies of the Oud, while sitting before the imposing carved out stone building, quietly sipping our tea. The next morning we visited Petra again, this time with the morning light. Personally I was totally mesmerized by the ingenuity process behind the whole rock city. What goaded the very first visionary to carve whole buildings in stone? When everybody was just seeing a cliff side, how could he conceive of palace or a tomb? 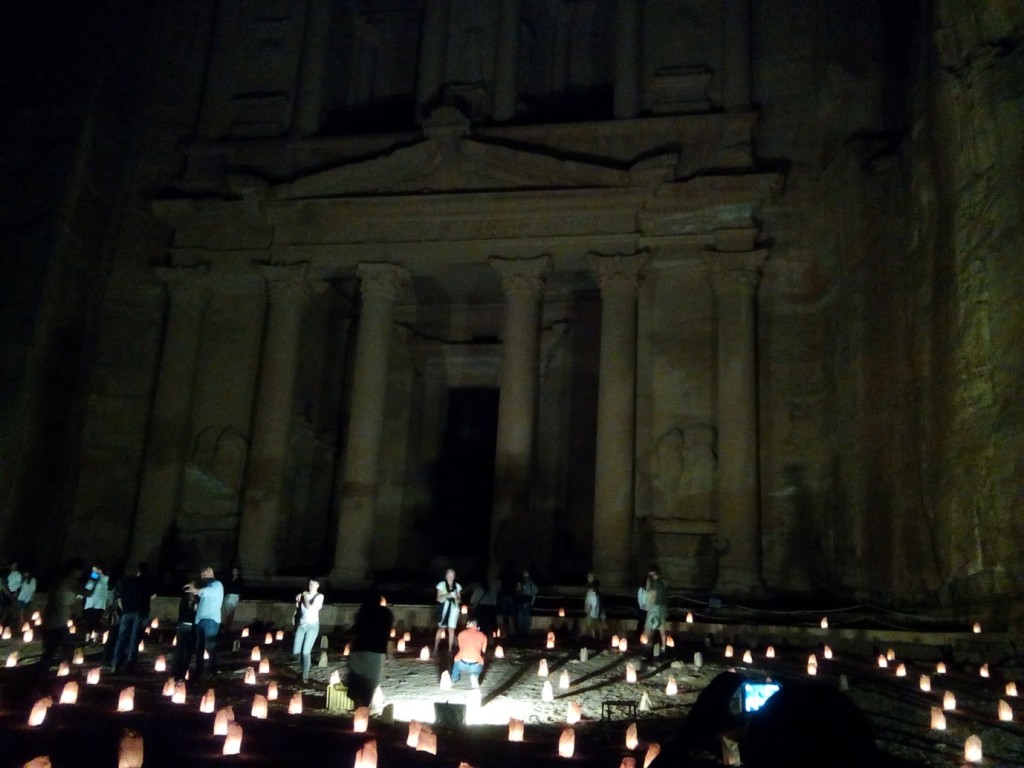 Our next sojourn was in Wadi Rum. In the middle of the Jordanian desert tiny Bedouin tents stood out, while being completely camouflaged in their surroundings in perfect harmony. For the first time in my life I could just take my shoes off and walk around bare-footed enjoying it, for even in the inside of the tents was the floor covered in soft sand. The lunar landscape proved captivating beyond measure, inviting us to sleep outside under the starry sky gazing the Milky Way for hours on end. Everything looked like a painting, or for the science fiction buffs like myself like it was a scenery drop from Dune (I could almost hear the thumpers calling out the huge sandworms!). The next morning we took several Jeeps and headed out into the heart of the desert. Vistas of splendor filled our vision and the austere grandeur of the mountain scenery would be etched into our minds. 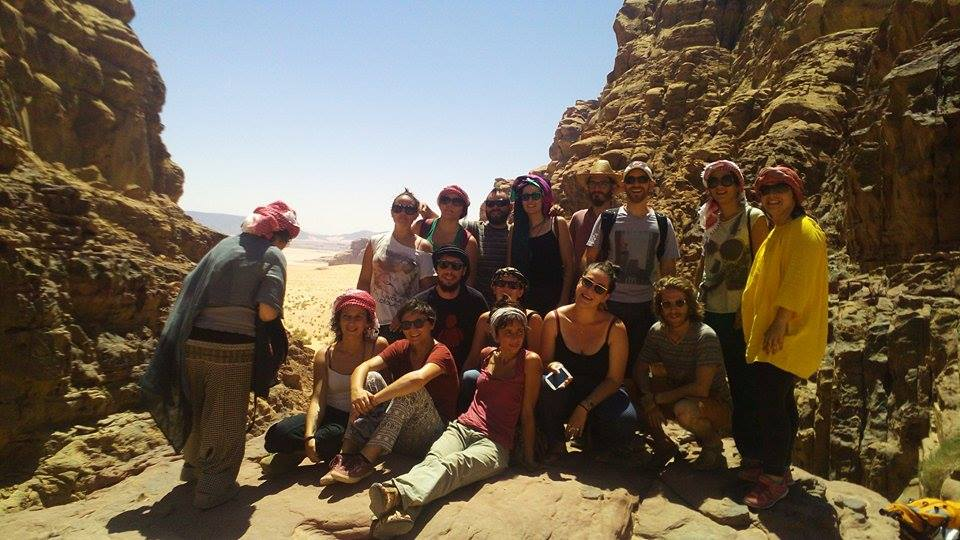 With all of this now behind us, one cannot help but feel a sense of ennui. Once you touch the primal, the infinite and the all-encompassing call of the desert, any concrete filled city pales in comparison.