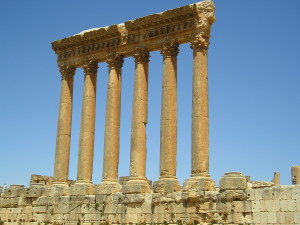 Under the framework of CaBuReRa project, co-financed by the European Union under the ENPI CBC Mediterranean Sea Basin Programme,  Planning and Development Agency organized the Relay Race, on 28th, 29th, 30th of April 2015 in Baalbeck, Lebanon. This activity saw the participation of 3 volunteers from the TG1 group – made up of Youth Workers aged 25-35 – as well as of 6 volunteers of TG2 group which includes not yet employed young people interested in international cooperation. During these three days, the TG1 volunteers shared their competences with the TG2 members, introducing them to the aims of the CaBuReRa Project. What is important to point out is that this event gave to TG1 members the opportunity to prove themselves as trainers, thus further foster the competences previously acquired.

What makes this experience really valuable is that TG2 volunteers learned from their peers, listening to them as well as asking for some useful advice.